Is Apex Legends Split Screen. Apex Legends is a well-known name in the multiplayer and battle-royale genres. Since its surprise 2019 release, the game has seen many improvements and new content. Apex Legends is a team-based game that focuses on fighting against opponents, unlike its rivals Fortnite and PUBG. Sixty players will be playing in a 3- or 2-player team, trying to become the last remaining team on the map.

You’ll always look for ways to beat your opponents and win the battle royale game. 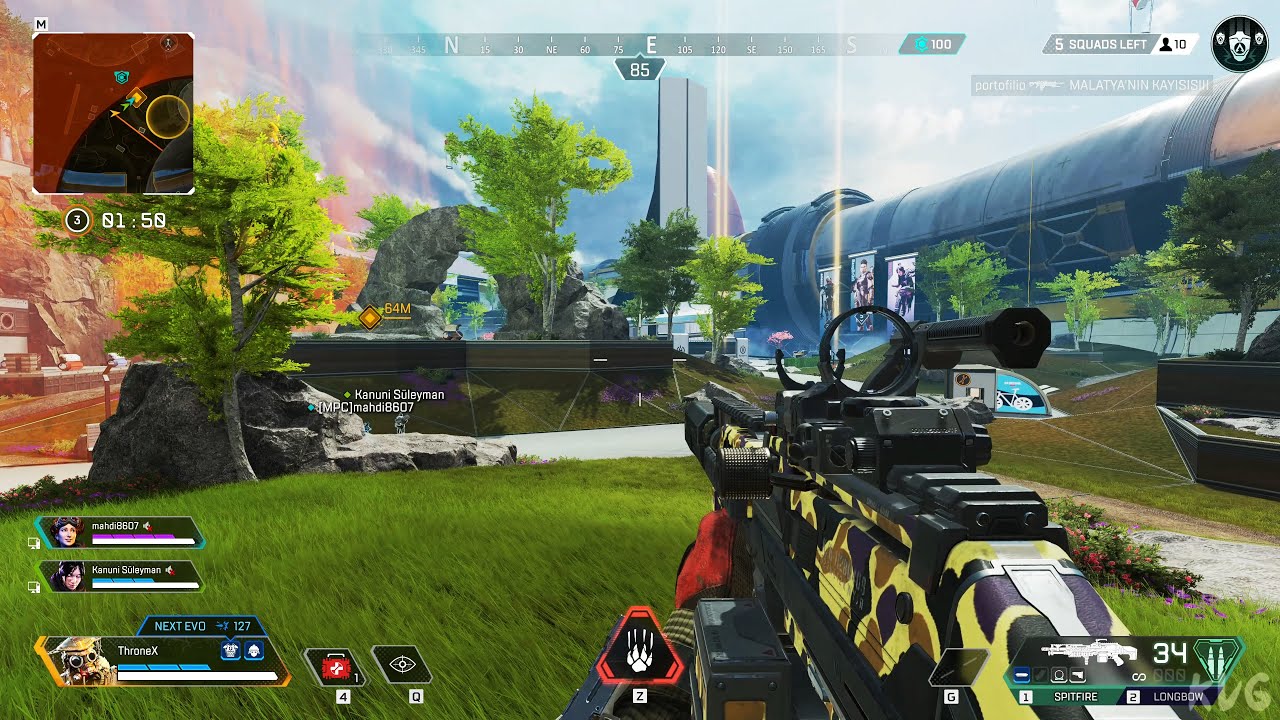 You can choose your character at the beginning of the match from the variety of characters available.

Each character has its unique abilities. You can pick any character you like, depending on your play style. Your team’s future direction will be determined by the character you choose.

You will be jumping from an airplane that is flying across the map. Once you are on the ground, you must immediately search for weapons and other resources and prepare for battle.

If the enemy squad jumps in your vicinity, they will not hesitate to shoot you and make some quick kills.

The main draw of this game is the match. Matches are fast-paced, full of action, and explode all over the map.

You might be gliding across the map on a zipline, and then the next, you are jumping and dodging bullets during an exciting 1v1 match. It’s so satisfying to see your team come together as a group and kill off enemies with style.

No matter what the situation, it is vital to communicate with your teammates. The death of a teammate could quickly become a team wipe.

Playing with people who are familiar with your game style is better. It’s easier to communicate with friends than random kids shouting at the microphone.

What if you want to play with your friends? Sitting next to one another, enjoying on a split-screen?

The new season was released on May 10th and included many new features and changes.

You can have a lot of fun with your friends by playing a new season together in a couch-co-op. Discussing different strategies and new features can bring you great excitement. So, Is Apex Legends Split Screen? Let’s see!

5, Xbox One, Xbox Series X In 2022, the mobile version of Apex Legends will also be available.

No. You cannot play the game with friends or family, sitting together on the same screen.

As with many modern games, apex Legends developers seem to have abandoned the split-screen feature. The game’s graphics are heavy and require a lot of GPU power to run smoothly, even on a single screen.

It would take even more GPU if you wanted to render two instances at once. Split-screen is not possible, even though it sounds great. In the current context, at least.

Apex Legends currently only offers an online multiplayer option. If you’d like to play with your friends in co-op, each player must be on a different device.