Warzone 2 will be the sequel to the popular Battle Royale hit Warzone, and little is known about it. To keep you up-to-date, we’ve gathered all the information you need about the forthcoming Warzone II in this article, including gameplay, maps, release dates, weapons, and much more. Everything you must know regarding Warzone 2 can be found here.

Warzone was initially created in the hands of Infinity Ward. Still, development was handed over to Raven Software, which is now in complete control of the creative process after Infinity Ward started developing Modern Warfare II(2022). It’s a hugely popular game that still makes headlines two years after its launch. It is currently the primary Call of Duty game, with the rest of the mainline titles becoming a glorified game of level-up for Warzone.

Warzone 2 will have significant changes – besides the engine’s new design; it’s not known. However, the gameplay likely won’t be drastically different. After all, they’re hoping to build upon the popularity in Warzone and not turn off faithful players with excessive frills.

There’s some news this time, an update to the DMZ mode. Up until now, we believed that the mode modeled after Tarkov was coming as an additional option in Modern Warfare 2. The reality is that DMZ is listed in Warzone 2’s ESBR ratings, which would indicate that the mode will be a part of Warzone 2 and will be for free play.

Because Warzone 2 is supposed to be closely connected with Modern Warfare II again, we can imagine that new mechanics introduced in MWII will be included on the scene in Warzone 2. We are expecting new mechanics for a movement like having the capability to dive or rappel down structures. Slide cancellation, as it happens, it is not likely to be present as a feature in Warzone 2 anymore, or at least, it is supposed to be a bit different.

In addition, it’s established that loadouts will be back; however, for Warzone 2, they apparently must be fought over in known “strongholds.”

News regarding the plating system is widely known. The plating system will be implemented in Warzone 2; players can no longer enter equipped with only two plates; however, they will need to search for an armor satchel before being able to put on armor plates in any way.

The loot system, too, is being redesigned; however, we haven’t received official confirmation at the moment. According to reports, the same system as Blackout or PUBG is expected to be implemented, in which there is a finite amount of inventory and therefore have to be more careful about the items we carry around.

We don’t have a complete list of weapons to be used in Warzone II yet, but as the game will be closely tied with Modern Warfare II, it will likely begin with all weapons from MWII. As is the norm, the new weapons will be added slowly.

Warzone 2 will also keep the same perks as Modern Warfare II regarding bonuses. So we’ll get familiar old ones such as Cold Blooded, Amped, or E.O.D., but also benefits that aren’t in the Warzone currently in Warzone, such as Focus.

Another thing that will delight many gamers is that we’ll get an opportunity to shoot. In the present Warzone, it is not possible to have an option to test out guns and their accessories in a game. This is a fantastic and most likely a hugely popular option to change.

There isn’t an official date for the release of Warzone II yet, but there was an intriguing report on Reddit recently. As per the report, Warzone 2 will be released on the 16th of November. This is much ahead of what we’d previously thought.

We believe the possibility that Call of Duty: Warzone II will be released on Xbox Series X|S, PlayStation 5, and P.C. however, it will also be available on the Xbox One and PS4. We discussed this in our article about Call of Duty’s potential Xbox exclusiveness. We don’t believe in the possibility that Warzone II will be exclusive to Xbox. Switch gamers shouldn’t be since CoD hasn’t been released on a Nintendo console before.

Warzone II will feature a massive Battle Royale map and a smaller one to give you more action. According to leaks, the most well-known MW2 maps are also available as P.O.I.s on the larger map. The maps that are included include:

Naturally, Warzone II will launch with a brand-new Battle Royale map. We’ve got an idea of how this map will appear through leakers. Since we received the map’s sketch that includes P.O.I.s from leaker Tom Henderson, We now have the first color image of what the map might be. 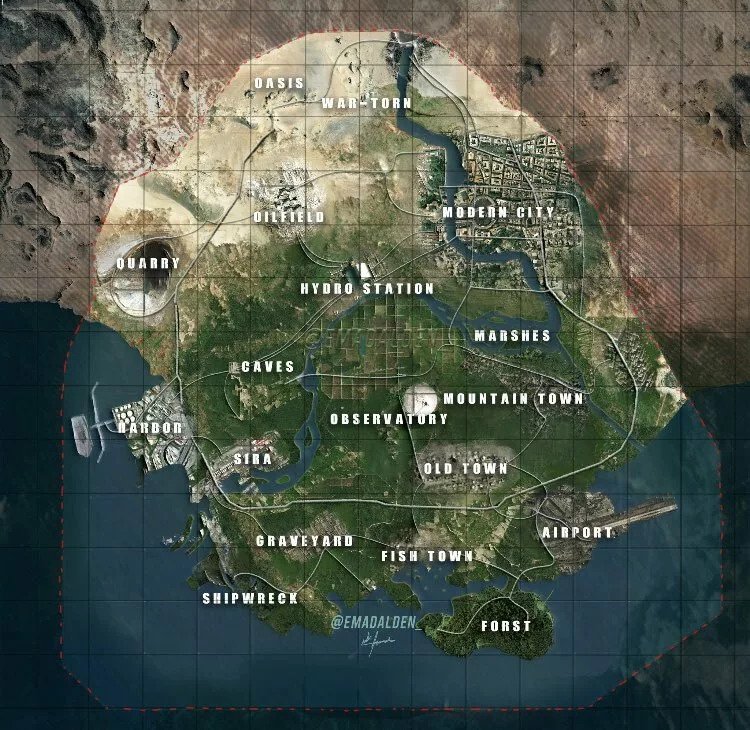 This means it will become a peninsula once more and is the perfect location for the Battle Royale. We’re curious to know whether the map will be changed as we wait for the game’s release…

Since not everyone likes massive Maps, a smaller map will probably be released in the same style as Rebirth Island and Fortune’s Keep. However, the second map will be released after Warzone 2.

This is all the information on Warzone II that is currently available. Of course, we’ll keep this post-up-to-date when we get any new information.